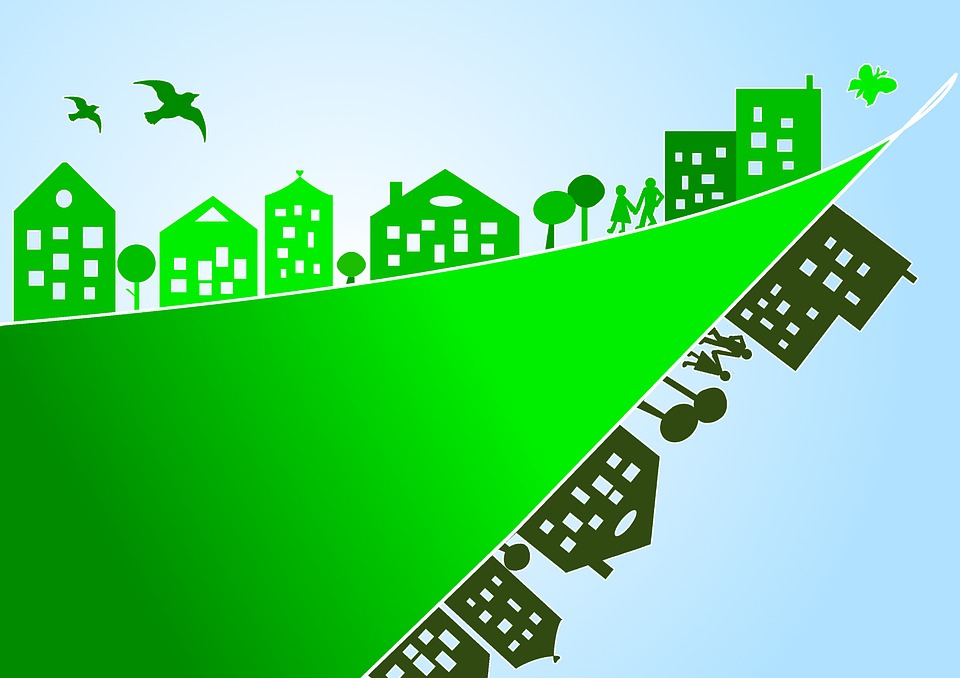 Conversation with Gunter Pauli, president of the Zeri Institute, one of the foremost environmental authorities in the world, which promotes the alliance between scientists and business owners in order to develop  “zero emission” projects.

“We are now in the presence of a new Corporate Social Responsibility”, asserts Gunter Pauli, one of the most highly regarded experts in environmental issues, due to having received the United Nations’ (UN) Environmental Award the past several years.

He explains: before, the environment was of no interest to business owners, who were only interested in making products at a good price and to a high standard, without taking into consideration that this had something to do with the environment.

If  – he adds, with an authority that’s recognized throughout the world – they did ever take into consideration that they had some environmental responsibility, they took care of it by making some sort of donation from their profits.

The environment, in short, was something external to business. “That was the traditional form of CSR”, he says while he recalls his successful business past, from which the Zeri Institute was created, with headquarters in Japan.

In its most basic concept, this new CSR has emerged from people seeing the environment as an essential part of any business and, above all, finding opportunities to do business within nature itself – obviously without causing issues, such as environmental contamination, that would put man’s and the rest of the Earth’s living creatures at serious risk.

“Yes, the environment is good business”, he assures us, while he has his weapons at the ready to fight that old type of business activity that has destroyed the environment for many years instead of protecting it for future generations.

“That cannot be”, he proclaims.

An abundance of examples

According to Pauli, the ignorance of business owners explains their misguided actions, which they successfully changed once they understood, for example, that conducting environmentally-friendly business made them rather profitable and even resulted in lower costs and investments.

So for this reason – he explains, in a rather teacherly tone – when the owners of Varela Soap in Cali (Colombia), found out that their synthetic soap was contaminating the water, they decided to change their products to become biodegradable, with good economic results. Or the leather company which began tanning with natural oils, making themselves very financially competitive in the process.

Or the clever use of coffee byproducts, which used to be considered an unsolvable problem but in recent years using these has provided a great opportunity for thousands of farmers who produce edible mushrooms (white and field mushrooms) sold in large supermarkets.

Or, also in the coffee-growing zone, the sale of bamboo to different external markets, where demand is high and so are the prices. Or the possibility of using natural colors in textile-making instead of imported heavy metals, utilizing a process similar to that of butterflies, as a Japanese factory is doing.

Or what Speedo did with their swimsuits – one of the biggest attractions during the Olympic Games in China – basically creating them to imitate sharkskin which was key to their quick movement in the water.

Or what could be done through George Reynolds’ (inventor of the pacemaker) renowned investigations of whale circulation and respiration, which greatly interested an organization in the United States that wanted to see how this could benefit sports activities in general, possibly across the board.

“This is the new CSR”, he asserts.

In Zimbabwe, the Zeri Institute helped to design a building with air flows constructed like the kind termites make, which allow cold air to be kept inside them, in the middle of the desert, or can contain heat in areas of intense humidity, which replaces the need for air conditioning.

And of course, this means: lower investment costs – estimated to be 15% less; less space between floors, which meant more floors could be built as a result; lower operational costs for electricity and maintenance; greater oxygen production in the building and the corresponding health benefits for its inhabitants.

It’s essential therefore to understand and apply a model that makes it possible to use this technology in construction, which also means, in turn, huge employment opportunities for mathematicians graduating from college.

There are more than two thousand projects like these in the world – according to Pauli – but in Colombia there are about a hundred that have been formulated, like using horse manure to cultivate mushrooms. Or using algae, taking advantage of the two oceans that surround the national territory, to tackle serious human health problems that are currently only fought with the use of antibiotics.

Why – he wonders – don’t we copy the microcondensation system that some types of cockroaches use to create potable water, which would solve water shortages in the most deprived areas of the planet? A similar project is under development in Iraq by the British navy.

He believes, on the other hand, that these types of initiatives are the real solutions for the Third World, not only for the majority of inhabitants’ social needs but also because of the aforementioned lower costs they require compared to the scarcity of economic resources that everyone worries about.

“This is the new Corporate Social Responsibility”, he never tires of saying.

The call to invest

In addition, CSR can’t be simply reduced to making mere donations, with whatever plausible philanthropic spirit they may be made with, but instead it means investing in CSR projects which are dependent on real solutions, like the scourge of poverty in our villages.

And he comes back to his original point that causes so much criticism in certain environmental circles: “The best way to protect the environment is to use the technologies it offers”, claims Pauli, who clarifies his point further by saying nature has taken millions of years – as if it were trying to make the best feasibility studies – to give us the formulas to become different, competitive species.

In fact – he adds – that’s where profitable businesses emerge, among whose many benefits include receiving environmental certificates or bonds for lowering CO2 to tackle global warming, which include large payments from organizations like the World Bank.

“There’s a new business model”, he states while criticizing the previously-mentioned model, “from Harvard”, that is wrong in its most basic concept because it bases itself on scarcity, instead of abundance – particularly the abundance of natural resources in tropical countries like Colombia, one of the richest countries on the planet in terms of biodiversity.

He sees, then, huge investment potential in these types of projects, including foreign investment, which has become clear to him during his constant trips throughout the five continents, where his voice is recognized as one of the most authoritative in the world for environmental issues.

“Colombia has enormous opportunities here, even moreso due to the advances it’s made in security for investors”, he concludes.