Sustainability is the basis for the new industrial revolution 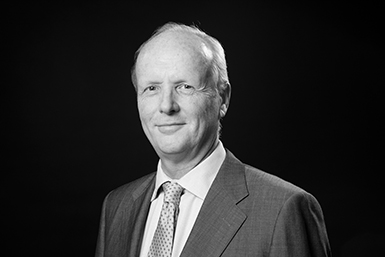 Sustainability is the basis for the new industrial revolution

Ernst Ligteringen, ex Director of the Global Reporting Initiative -GRI-, talks to Jorge Emilio Sierra Montoya, Director of the newspaper “Indo-american development” about the differences between corporate social responsibility – CSR- and Sustainability, questioning the current industrial model and its addiction to oil.

“Sustainability is the basis for the new industrial revolution”

According to Ernst Ligteringen, former director of GRI, never before, throughout its long history, the man had reached such high levels of welfare with impressive economic growth thanks to scientific and technological development. But there are also no precedents for so much misery in the world.

Worse yet:  the form of production we have, although quite advanced, is not very efficient from an environmental point of view because it destroys natural resources instead of conserving them, seriously jeopardizing the survival of humanity, whose population also has increased in recent decades.

Such terrible statements are confirmed, at the same time, in several indicators that show how the planet cannot hold more traditional practices of production and even consumption, given both environmental and strictly social damages.

Thus, climate change generated by the use of fossil fuels such as oil and the corresponding generation of greenhouse gases, causes water shortages, surprising and drastic weather changes converted into floods and droughts and food crisis, among other phenomena that strike rigorously millions of people

It is really a critical situation. And thus, being at stake the survival of man on earth, it is necessary to change course, with structural and substantive reforms, that allow talking of a new industrial revolution based on principles of sustainability.

“We are at the beginning of said revolution” he said.

He insists that substantive changes are required at the global level putting aside the current model of development through industrialization and therefore in our business, whatever they are.

In the first case, about industrialization, his statement is strong, too explicit: “We must stop our addiction to oil”, this call is justified immediately by remembering that 90 % of the world economy works based on that fuel, the so-called “black gold ” , whose price changes always cause huge impact on the different economies .

To replace oil imply, therefore, changes in the production processes, transport means, energy generation and, ultimately, in social life in general, changes for which none of us can remain indifferent.

“It will be another big industrial revolution”, he says enthusiastically

However he does not fall into pessimism. On the contrary, he has confidence that scientific advances will allow us to develop the new technologies needed and therefore resolve such serious social problems.

The solution will be economic, environmental and social, with a starring role on the part of the companies, whether large, medium or small.

The solution is in sustainability, to put it bluntly.

What is the difference between sustainability and corporate social responsibility that are considered by some experts as synonyms?

According to Ligteringen, both concepts have a lot in common; although the first aims primarily at a saying of a friend, whose definition was adopted as his own “living, producing and sharing this world in such a way as if we were to stay here for several generations”.

In fact, sustainability, based on the aforementioned reports from GRI, includes the triple results of enterprises: economic, environmental and social, far from being reduced to the traditional financial balance over the income statement, that in his opinion has a vision of the past, as a rear view mirror.

He explains that the report is like radar that allows seeing the opportunities and risks of the company, beyond the strictly financial aspects and accounting profits or losses.

And of course, he adds, another feature of reports is the dialogue with the various stakeholders (employees, customers, suppliers, investors, and community, NGOs …) to measure the environmental and social impact of the company, identifying topics that become essential for positioning in the market and society.

A key issue in this dialogue is to determine to what extent the company helps solve problems such as climate change or, on the contrary, stresses them. “If it is part of the solution or part of the problem,” he says.

For Ligteringen, sustainability of the company and the world, globally, are closely related. “one has to do with the other,” he explains while argues that no company can succeed in an environment and a society with serious problems, even when it generates them rather than help resolve them.
However he adds, when the company, for example, offers solutions to environmental problems through its products and services, the way they operate, etc., this becomes an opportunity for the acceptance its performance has among customers, investors and other stakeholders.

“That is already a major challenge for the company” he says.

Changes in the companies

There will be, therefore, changes in the companies and in the same business men, that is, at the microeconomic level not only at the macroeconomic or global level.

Why? The reason is obvious: the company must be prepared to face this new industrial revolution in the production, distribution and consumption, determining the implications it will have in the coming years.

Ultimately, you have to prepare. And if not, if you leave things for later, it is likely that when the total transformation occurs, when global changes take place, it will be too late.

And as mentioned, how do we have to prepare in a complex and changing environment? The answer is obvious: the Sustainability Report prepared based on the GRI methodology helps the company to prepare in that sense.

It is what made by the Swedish government by ordering their companies to give annual reports based on the GRI, ensuring the full implementation of its good business practices.

On the other hand, Chinese authorities decided something similar, knowing that there are numerous state companies by the prevailing communist regime; Wal Mart, the powerful US retail chain begins to require its suppliers the compliance with the environmental standards, and the same happens with General Electric and several firms in Brazil, right and left.

“We’re just beginning, but more and more companies apply it in almost all countries,” he says while pointing that it is better to prepare in time rather than wait until it’s too late and some of its competitors have taken advantage.

Finally, Ligteringen goes back to the social responsibility of all people, especially entrepreneurs, in solving problems such as global warming and poverty that coexists with high levels of welfare, never seen before.

“What are we doing?” Is the question that in his opinion we should make every moment, naturally questioning our social responsibility, or in terms of GRI, global and corporate sustainability.

He comments that when this is done, problems can become opportunities, those that arise everywhere with structural changes in society, the process of industrialization and the same businesses, including small and medium enterprises whose size allows them to be more flexible to adapt to new circumstances.

Similarly he adds with the confidence of an expert , that many SMEs are integrated into chains of providers of large companies that require them standards appropriate for the described conditions , or anticipate at least that in the near future such requirements will be imposed for which they make the  ​​changes due .

“There is no other choice”, he said