On the path to the end of mankind due to global warming? 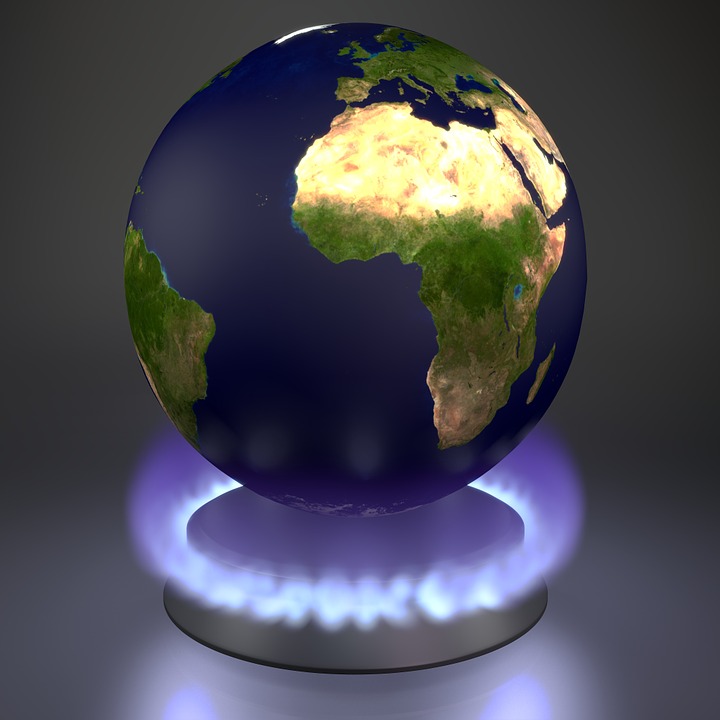 On the path to the end of mankind due to global warming?

Regarding the recent World Summit on Climate Change held in Paris, the Director of the magazine “Desarrollo Indoamericano”, Jorge Emilio Sierra Montoya, issues a warning voice.

For millions of years, the sunbeams have fallen on the Earth, which, upon receiving the heat, has reflected them, as if it were a mirror.  Not anymore: that heat remains in great part, without being able to leave, blocked by a barrier in the atmosphere, and that is precisely global warming.

But, why?  What is happening?  And how true is it that this phenomenon brings us to the brink of extinction of life on the planet and, therefore, of mankind?

Let’s go one step at a time.  The fact in question is caused by the consumption of fossil fuels, such as coal and petroleum, or by deforestation and the burning of crops, which generate the so-called greenhouse gases (such as carbon dioxide – CO2 –  and methane, among others).

Now then, those gases are not being eliminated.  They cover the atmosphere as a barrier and prevent the sunbeams from leaving, which, in turn, produce an increase in temperature throughout the planet.

Various studies demonstrate the high correlation between both phenomena; that is, how the cause of global warming is the excessive emission of said gases in the last decades, since 1900 and, above all, since 1990, when the alarms were triggered around the world, all the more so that if we go on like this, all of us human beings, without exception, would have few years left to live.

The outlook is apocalyptic!

Industrialization based on fossil-fuel consumption (for example, gasoline and diesel fuel for transport), as well as deforestation are, then, the cause of global warming due to the massive generation of greenhouse gases.  However, there are also more specific causes, which must be identified.

Firstly, humans.  We are the ultimate cause of the problem, no doubt.  Because it is humans who employ such fuels, without measuring the grave consequences of the excessive consumption of gasoline with the use of an ever-growing number of cars, or with deforestation, including by burning trees, a custom that is indeed millennial among our farmers.

In the case of fuels, the responsibility extends to the countries themselves and their governments, because of the same development or industrialization model that they implemented, and which isn’t foreign even to the most backward nations.

Actually, the developed countries are more to blame because they are the greatest producers of fossil-fuel-based energy, from the United States and Europe to the emerging markets, such as China, India and Brazil, who have registered a strong dynamism in their industrial activity in the last years.

As for deforestation, it ought to be explained that plants absorb CO2.  They clean the air and release the oxygen that we, living beings, need.  But, by wiping them out, especially in urban centers, the dire consequences are fast in coming.

The “burnings”, in turn, pollute the atmosphere with noxious gases (especially those of the taller plants, such as sugar cane), thus contributing to the greenhouse effect of global warming.  This is what happens every day in Colombia, where farmers have the old custom of resorting to this practice for clearing the soil on occasion, due to its low cost.

Throughout the world, it is clear, the levels of deforestation are quite high, while in countries such as Brazil some of the worst ecological damage is being caused with the destruction of the Amazon forest in order to grow soy beans, taking advantage of the good international prices.  Indeed, the Brazilian Amazon, in the name of development and the extension of the agricultural frontier, tends to disappear, turning into a desert area due to the small depth of the topsoil that took hundreds of centuries to form.

This is the complete opposite of Corporate Social Responsibility (CSR).  The search for profit, for obtaining huge gains at the expense of the destruction of the environment and endangering the survival of mankind, those are the stakes here.

It is a big deal, really.

During his visit to Colombia, Hans Küng, one of the most important contemporary thinkers, warned once again about the risk of mankind’s self-destruction due to problems like global warming.

“That possibility is already here, not only for our grandchildren, but for the next two decades; that is to say, in a short time”, says Santiago Madriñán, president of CECODES (Colombian Business Council for Sustainable Development), the guild that gathers in our country the most important companies committed to sustainable development.

What is the danger, in the end?  It is not so much – he explains – because it would be impossible to live with a “layer of gases” in the atmosphere (which certainly can no longer be reduced, and we have only sought, since the Kyoto Protocol, not to increase), but, rather, due to the terrible effects of global warming.

The melting of the poles, glaciers and snow-capped mountains, whose waters flow to the sea affecting, therefore, its salinity, cause the death of marine species, aside from raising the level of the tides, which cause overflows and inundations.  The imminent change in biodiversity, generated by the change in thermal weather, as well as natural disasters all over, such as hurricanes and tsunamis, associated to intense summer and winter seasons, are unprecedented.

The cooling of Europe is particularly feared, in the face of the climate-change-induced disappearance of the Gulf Current that originates in Mexico, traverses the Atlantic Ocean and flows up to the old continent, since times immemorial.

Deserts that multiply, harvests lost, unprecedented floods and droughts… It truly is as if we were on the threshold of apocalypse, of the death of mankind, of the total destruction of our civilization.  Apocalypse Now!, to quote the title of a famous movie.

The world is aware of the situation.  But it still refuses to replace its development model due to the enormous costs or losses that it would represent, when it isn’t because of the imminent deterioration of the quality of life for many people.  This is what explains the United States’ refusal to sign the Kyoto Protocol, in spite of being the main originator of the problem due to its advanced industrialization based on burning fossil fuels.

If they, as well as the other countries (first of all, the more developed ones), go on like this, there will be no way to avoid the worldwide catastrophe, now in sight.

“If the business sector does not assume that responsibility, we will be incubating the accelerated destruction of the planet and the unviability of the human species”, acknowledge our official authorities, coinciding with the theses presented by CECODES.

It is therefore admitted that the life of mankind is at grave risk if it doesn’t correct the current trends of emission of greenhouse gases, especially due to the higher temperature generated, as the glaciers and perpetual snows melt, as tides rise, as water sources deplete in the badlands and in the ecosystems found there… Finally, as the sustainability of our planet is in danger.

But, how relevant is it to ask – again – whether the end is near, including a few decades away, that is, in the short or medium term, not in the long term, as some believe?  In this respect, we cite the Stern Report, where forecast horizons appear for those climate change effects, according to the proper scientific studies.

The report establishes to that effect that in the year 2100 there would be no sustainability in 30% of the planet, a situation that would make it necessary to relocate hundreds of millions of people who now live in coastal areas.

“It is scientifically demonstrated – they state – that, if we do not reverse environmental degradation and global warming, mankind will face a true cataclysm.”

The picture is catastrophic, apocalyptic, we must say ad nauseam.

We are all to blame

Here we require the due environmental responsibility of enterprises and entrepreneurs.  In the end, we are all part of the warming problem when we use in our industrial processes fuels that generate greenhouse gases.  It is urgent, consequently, that businesses accelerate the necessary industrial reengineering with alternative energies and a frontal fight against the pollution generated, faithfully exercising the much-touted Corporate Social Responsibility.

But, the fault is not only the business sector’s.  Not in the least.  It is also the fault of the governments themselves for not assuming with sufficient decisiveness the task of containing such emissions.

Also at fault, are political leaders, who have excluded from their own agenda the environmental agenda among their main issues deserving attention, this accusation not being restricted to local and domestic conditions.  The problem is universal, ultimately.

And, finally, citizens themselves are to blame, as they are characterized by the indifference that leads them to not demand the relevant measures from the public and private sectors in order to confront the terrible situation described.