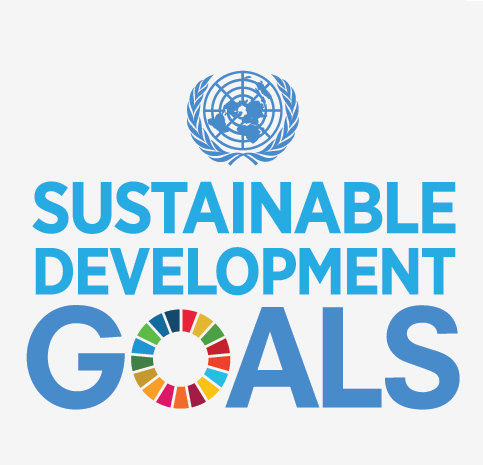 Several goals (nos. 2, 6, 12, 13, 14 and 15) are related to the need for sustainable food production systems, and are developed from an environmental point of view, without destroying resources and without contamination.

The food industry finds itself under pressure due to an ever-increasing world population which will require them to increase production by 70% by 2050, while at the same time having to reduce the environmental and social impact it creates.

Some (partial) solutions like the use of genetically modified organisms (GMOs) are resisted (without reason, I believe, but I am always one in favor of staying informed).

Going by the most moderate estimations available currently, agriculture is responsible for 25% of the world’s greenhouse gas emissions, 75% of global deforestation, and for 70% of the water that is consumed in the world.

This controversy and the challenges that come with it are happening right now, and that is why it is vitally important that the appropriate information, criteria and scientific arguments are used to decide on appropriate measures.

Personally, I would like to call your attention to a couple of issues that I feel very little is said about yet, to me, absolutely must be included when discussing and searching for solutions: “what we are eating” and “allocation of costs”.

According to UN research, if all humans were to become vegetarians as of tomorrow, global warming would be resolved in 2 years, returning to the level it was 100 years ago. Despite this, it’s certain that most people think that we do more damage driving a car than we do by eating a hamburger.

The problem is ruminant animals and the type of gases they generate, their intensive concentration and the inefficiency with which meat is produced.

The amount of methane gas that these animals produce by belching and passing wind can absorb 25 times more heat than its CO2 equivalent.

Another gas that is produced is nitrous oxide (which creates 300 times more heat than CO2) and this is produced by:

1) the fertilizers used; in this example we will add those used for making animal feed. Taking a conservative estimate, to produce just one kilo of beef it takes 15 kilos of grain and 15,000 liters of water. Currently, more than 40% of the world’s grain is used for feeding livestock, and it’s estimated that by 2050 this will increase to over 50%. In the US the percentage is 70%.

Although it’s true that red meat is an excellent source of protein and nutrients, we have to start thinking of changing to more efficient sources of protein.

In 1982, the Chinese consumed an average of 13 kilos of meat per year; today that number is 63 kilos and is expected to increase by 30 more kilos per person by the year 2030.

This has alarmed the Chinese government to such a degree that they have outlined a plan to reduce citizens’ meat consumption by 50%, which represents a strategic turn in the name of stopping global warming.

Without properly allocating costs, there will be no solutions. The cost of red meat should include the environmental costs of production (that we are all already suffering and paying for) and it should be considered an incredibly luxurious item.

It might seem undemocratic, but it is a luxury that many small farmers could also afford. How to fairly impose environmental costs (in all sectors) is always a challenge. Beef should only be produced commercially in natural fields and under slow production methods.

Luckily, we are omnivores and can adapt ourselves to a healthier and less problematic change in diet.